What you should know about Brussels before arriving 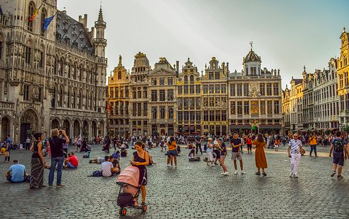 Welcome to Brussels, your new destination
It could be the first, or the third, or the tenth ? In any case, you are in for a surprise.
Before you start reading this Guide which is teeming with information*, here in outline are the excellent reasons why you should settle in this surprising capital !

Multicultural Brussels
Officially two languages are spoken in Brussels, French (the majority) and Dutch. You will be happily surprised that the Belgians get along very well in English and when you are walking in the street, you can hear all the languages of the world. Above all, Brussels is a multicultural city. The headquarters of the big international organisations and all those revolving around them enrich the city with several dozens of nationalities.  You will find friends, that’s for sure !
And the icing on the cake is that Brussels is a capital with a human heart. Education is adapted and Brussels welcomes a large number of international schools. Higher education in English is not left behind.

Brussels, centre of Europe
Belgium, small country, is bordered, however, by four countries: Holland, Germany, Luxembourg and France. Here, you are far from nowhere, in one weekend you can cross many countries. A dense network of motorways facilitates your trip. There are good connections from the airports of Zaventem and Bruxelles-Sud Charleroi.The fast trains TGV, Thalys… also.

Brussels’ accommodation
The cost of Brussels’ accommodation is reasonable compared to other big capitals. You will find a place to stay without difficulty. Generally, the standard of quality is high and varied and if the centre of Brussels offers beautiful apartments or the “maisons Bruxelloises” (Brussels’ houses) with a small square of greenery, the municipalities a little more outside, provide lovely gardens.

Green Brussels
Brussels is certainly a green capital.  If urbanisation hasn’t always been pleasant, la Forêt de Soignes (at the edge of the city) and the Bois de la Cambre (in the city) enables you to escape.  But an important number of parks beautifully arranged and well looked after also enhance each of the Brussels’ municipalities.

Moving in Brussels
One has to admit that mobility in Brussels is problematic. There are many traffic jams during rush hour. Works are omnipresent. We are waiting patiently for it to finish…it will be paradise ! The first beneficiaries will be the commuters who go to Brussels daily to work there (they are estimated at…) but don’t worry, public transport works well and the trend for shared cars, bikes, and scooters is booming ! Soon everyone will move differently.

Walks in Brussels
Nothing is more amusing than to visit Brussels.  You will be fascinated by old Brussels dating from the 17thcentury, the many art deco houses and art nouveau, the majestic buildings conceived by Leopold II, the king-builder, the “Bruxellisation”* of the 60s, the wall paintings inspired by the comic books of today, the numerous museums, the possibility to visit
Brussels, on foot, by bike, jogging, in a 2CV, by boat …From the Manneken Pis to the Atomium not forgetting the comic strip murals.. in Brussels’ streets, you’ll never be finished !

Brussels, we eat, drink and dance there
A world culinary tour is not impossible in Brussels. The restaurateurs are full of creativity and many concepts regularly emerge. No, not only mussels and french fries are eaten in Brussels, even though they are super delicious.  And if you wish to have food delivered to your home, it will never be a problem. Many bars, cafés, bistrots…trendy, formal, popular and always welcoming, complete this offer.

Brussels’ chocolate
Chocolate deserves its rightful place.  If you have arrived via Brussels’ National airport, you would have understood that the praline is queen there. Without knowing it you are already among the largest choice of chocolate in the country.  And crossing Brussels, you will never have a lack of it. Belgians consume 8 kg. per year and per inhabitant. Two magnificent museums are dedicated to chocolate.

And some other specialities
Brussels’ waffles: a light dough and  crunchy, topped according to your choice, of which the  last is a salty topping which you will love.
Speculoos: flavoured with cinnamon, nutmeg, cloves, brown sugar, which you already know as they are more and more popular outside our borders.
French fries: french frie stand? You’ll find them everywhere in the capital, cut and fried in front of you, you’ll go crazy ! They are always good, competition obliges for the quality. Each year there is an election for the best “Fritkot”.. stay tuned.
Beer: Belgians produce more than…different varieties. The small breweries produce their own and you can taste them on the spot anywhere in the capital. There is a museum dedicated to beer and the old Bourse of Brussels will be converted in 2020 to the “Belgian Beer Palace”. What could be better than this?

We have fun in Brussels
Brussels is a festive city. Brussels-Capital Region uses all its energy to animate and to offer its population entertainment, festivals, shows, marathons, in the city and parks throughout the year and particularly during the summer months.

Health in Brussels
Belgium is lucky to benefit from a very efficient social security and health care system.  You have the right to choose your doctor and as a general rule they are readily available. It is not necessary to spend a lot of money for medical treatment.

* « Brusselisation ». During the 60s and 70s the absence of global politics for the protection of its heritage resulted in the uncontrolled development of the city by property developers. 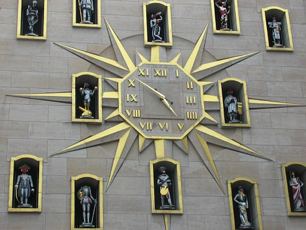 Back to Brussels, 19 Municipalities