The ring, La Petite Ceinture (the inner ring), La Grande Ceinture of Brussels (the Greater ring of Brussels... it's what exactly? 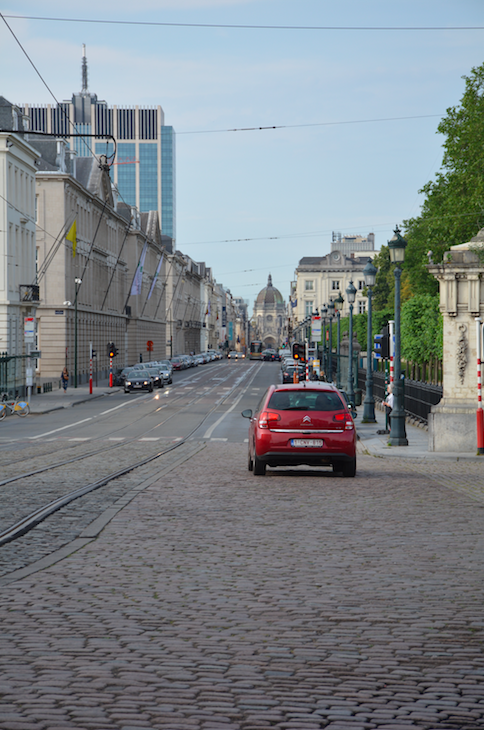 A brief history of Brussels & Belgium

The ring of Brussels surrounds Brussels-capital region and its suburbs.

The ring is 75km long and, if you look at the map, is nearly the central point of the country.

The north and south of the country converges towards the ring to go to Brussels.
It is the intersection of many major highways of the country:

The different sections of the ring:

It's the North ring which is used the most and the South-East ring, the least.
Works to enlarge the ring are foreseen but when....? Budgetary and linguistic reasons, and the impact on the environment, are slowing down this initiative which is very necessary.
The Belgian road infrastructures are managed by the Regions, which means in practice that the roads in the south of the country are managed by Wallonie, in the north by Flanders and in the Capital by Brussels Capital region….
The most beautiful part of the ring (South-East) goes through the Forêt de Soignes. The tunnels were built under the ring for the foxes, badgers and other small animals so they can, from then on, move from one side to the other of the Forêt de Soignes.

La petite ceinture de Bruxelles (The inner ring of Brussels)* situated in the centre of town, 8 km long, bypasses the historic centre of Brussels and forms a succession of boulevards and big avenues. It follows the traces of the wall of the town dating from the 14th century.

La Grande Ceinture de Bruxelles (the Greater ring of Brussels), 30 km long, between the ring and the inner ring, surrounds the centre and its municipalities. It plays a role in the town ring road and joins the ring by the big trunk roads.

Good to Know
For all you need to know about mobility in Brussels, please do not hesitate to consult the site
www.bruxellesmobilite.irisnet.be