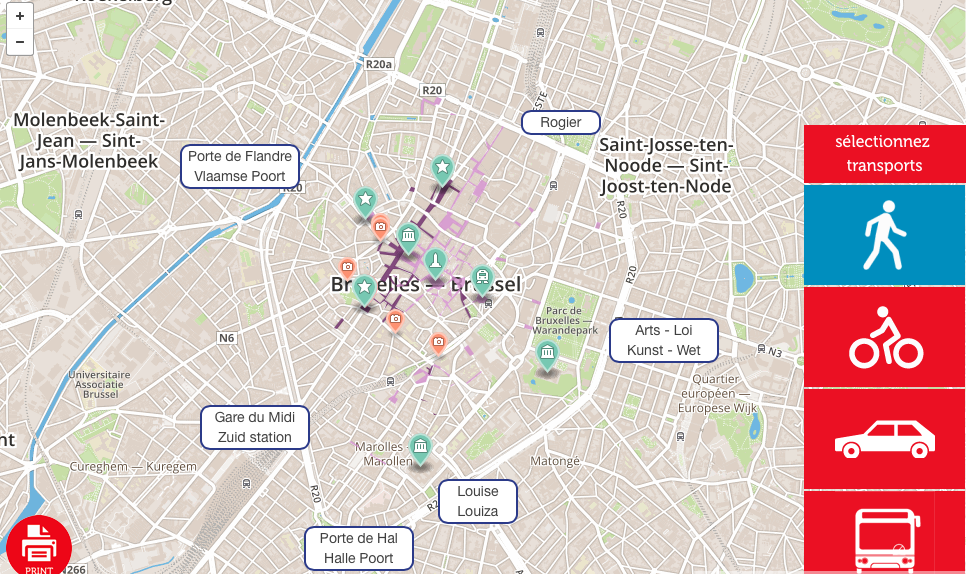 ... it is one of the largest in Europe

City of Brussels receives a new circulation plan.
Since 29 June 2015, a large part of the Brussels central boulevards is car-free, a pedestrian zone of 50 acres.

Brussels is getting one of the largest pedestrian zones in Europe. Many streets, the Beursplein, Anspachlaan and surrounding streets where, now, the pedestrian becomes king.

The centre of Brussels thus is more liveable, more attractive and more accessible to residents and visitors.

The city is extending the cycle network within its centre. The regional bicycle routes will be supplemented with local cycle routes. Cyclists can then ride more easily from one district to another. So, for example, there will be cycle paths in both directions in the Dansaertstraat area between Ortsstraat and Oude Graanmarkt. Also, on the local ring, cycle paths are marked with white paint for use since June 29th.

Browse your new route below : www.circulatieplan.be