For devotees of cinema Brussels boasts more cinemas per square metre than anywhere else in Europe. 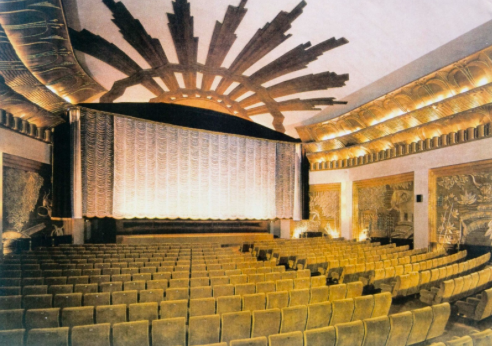 We inspired the restoration of cinemas in Europe with the construction of the Kinépolis complex with 24 screens at Bruparck and UGC cinemas across the country.

Don’t miss the famous Eldorado which was one of the biggest cinemas in Europe. Designed by Marcel Chabot in 1933. The single screen auditorium was completely built with reinforced concrete, hol- ding two big balco-nies. The auditorium seated 3,000 visitors, quite big for that time.

The Eldorado cinema has been a classified building since April 1994.

Very high-quality programmes. Shows some interesting repeats and their retrospectives.

You have the chance to see or re-see the original subtitled version of the great classics or films which are rarely shown. They have a wide docu- mentation of film art. Regularly organises cycles, courses, lectures and workshops. Also for a young audience.

Rich and eclectic programme in the trendy envi- ronment of Flagey.

The «Galeries» cinema is dedicated to arthouse films however the project in itself invests other spaces of this splendid decor with an exhibition space dedicated to all forms of image other than cinema, and a store to please all of Brussels’ cine-maniacs.

A great programme for children and numerous exhibitions devoted to cinema. Cinema in all it’s forms !

Le Vendôme cinema is ... over 55 years of passion for cinema film screenings ... for lovers of the 7th Art, promoting arthouse films, with the objective of cultural diversity. A friendly place where live arts, cultures and emotions.