Some afternoon markets in Brussels... ...finishing by an afterwork around a light snack ! Super friendly! 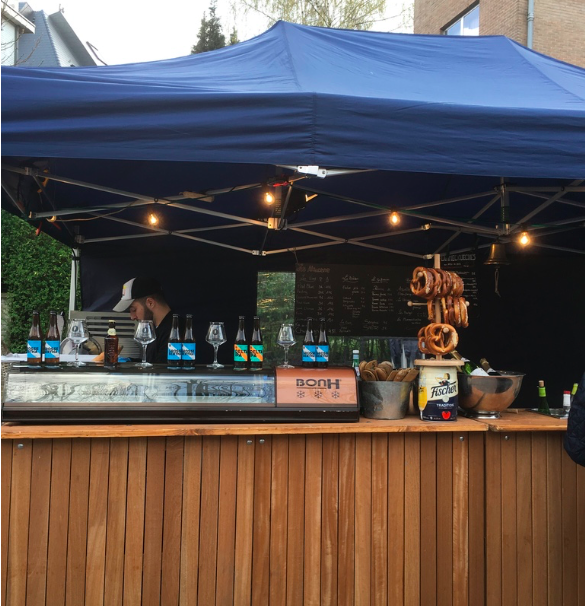 There are no less than 64 markets which take place each week in the Capital.

Here are some afternoon markets which, for several years, have flourished (in the Capital), adapting better to our lifestyle and which even more, often finish by an “afterwork” get together around a drink and a light snack.

Mondays
- Place Van Meenen, at the foot of the magnificent City Hall of Saint-Gilles, small market from 12h till 19h.  International quality products, aperitifs, tasting.   The first market of its kind in Brussels.

Tuesdays
- Each Tuesday since April 2016, a bio market which takes place in the European quarter, on the Parliament esplanade.

Thursdays
- From 15h30 till 21h30 : in the Chant d’Oiseau area of Woluwé-Saint Lambert, next to the Grande Eglise, a market devoted entirely to organic foods which are long lasting and only foods that are in season. Tasting and afterwork aperitif according to the programme.
- The flavors market near Tomberg, on Thursdays from 15h to 20h
on the parking area below the Municipality, next to the park Pechère.
- The gourmet market of the Sablon, the same Thursday from 15h till 21h, some twenty merchants offer their gastronomical products there.
- Jardin de la Vallée du Maelbeek, European Cnteen, micro marché from 12h00 to 20h00.

Fridays
- Very friendly market at Place des Chasseurs Ardennais in Schaerbeek, from 13h till 19h.
- Fridays, in Evere, at the Brussels’ cemetery, an artisanal market from 14 till 19h, good organic vegetables and nice light mealssnacks!
- Fridays, at Uccle from May 20, Place St. Job up to the bridge of Bourdon,  midday local products market from 12h00 to 19h00.