Bruxelles, cosmopolitan city « par excellence » offers you a variety of unbelievable shops representing the four corners of the world as well as all of Belgium. From the most famous brand names to the smallest grocery shops in the neighbourhood including a designer or an autonomous craftsman, Bruxelles is a real invitation to browse along the many neighborhoods, often very different from each other. Several years ago, commerce concentrated on two entities: Le Haut de la ville –the top of the city (the areas of Louise and Toison d’Or) and le Bas de la ville-the lower part of the city (the areas of La Monnaie and Rue Neuve). These two areas remain, of course, the main areas of the capital.
But commerce has spread widely, and the areas have developed in a spectacular manner. Each municipality has at least “its” center which gathers all you need in your daily life under one roof, and even more.
Certain areas have their own speciality. Dansaert is the center of fashion, Châtelain is a mini-French province, la rue de Brabant and its warm oriental atmosphere, the Sablon and its antique dealers, the marolles and its dealers of second-hand goods, around the Grand Place and its restaurants.
Explore your neighbourhood; you will never finish discovering it. The Guide doesn’t cover everything. This internet site will be of great help to you :

There is a Belgian organisation for consumer protection called Test-Achats..
And its objectives are to inform, defend and represent consumers.
www.test-achats.be (FR/NL

If you have just arrived in Brussels and want to get right to the point without wasting time, this is the best solution! The Personal Shopper uses their talent and local contacts to provide a "tailor-made" service and guarantee purchases to suit the customer’s style and budget.
www.personalshopping.brussels/en

The best "shopping streets" in Brussels 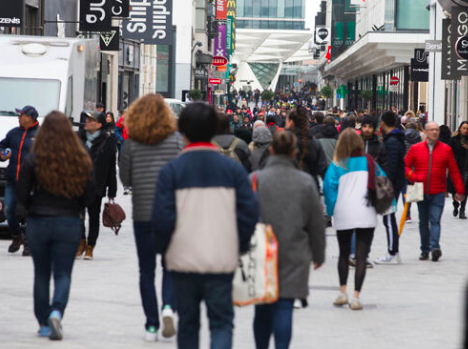